This patient had a history of undergoing old fashioned â€œplugâ€ hair transplantation years ago. Progressive thinning over time resulted in exposure of the plugs thereby revealing a very unnatural â€œcorn-rowâ€ hairline. He was concerned that the pluggy hairline was too low and believed that simply placing single hair grafts in front of the plugs as a means of camouflage would lower his hairline below his comfort level. The surgical plan that was recommended was as follows: 1) A pretricheal browlift was performed first. An incision was made immediately in front of the plugs and the normal forehead skin was advanced upward. The leading three rows of plugs were excised, thereby elevating the hairline to a more favorable, higher location. The excised plugs were microscopically dissected into follicular units and grafted into the back portion of the thinning frontal scalp. 2) Two staged graft sessions, separated by nine months, was performed rather than a single stage procedure because of the higher risk of shock associated with a reduced vascular supply in the frontal scalp region. A total of 3220 grafts were utilized for the frontal hairline repair (session one: 1891 grafts / session two: 1329 grafts). 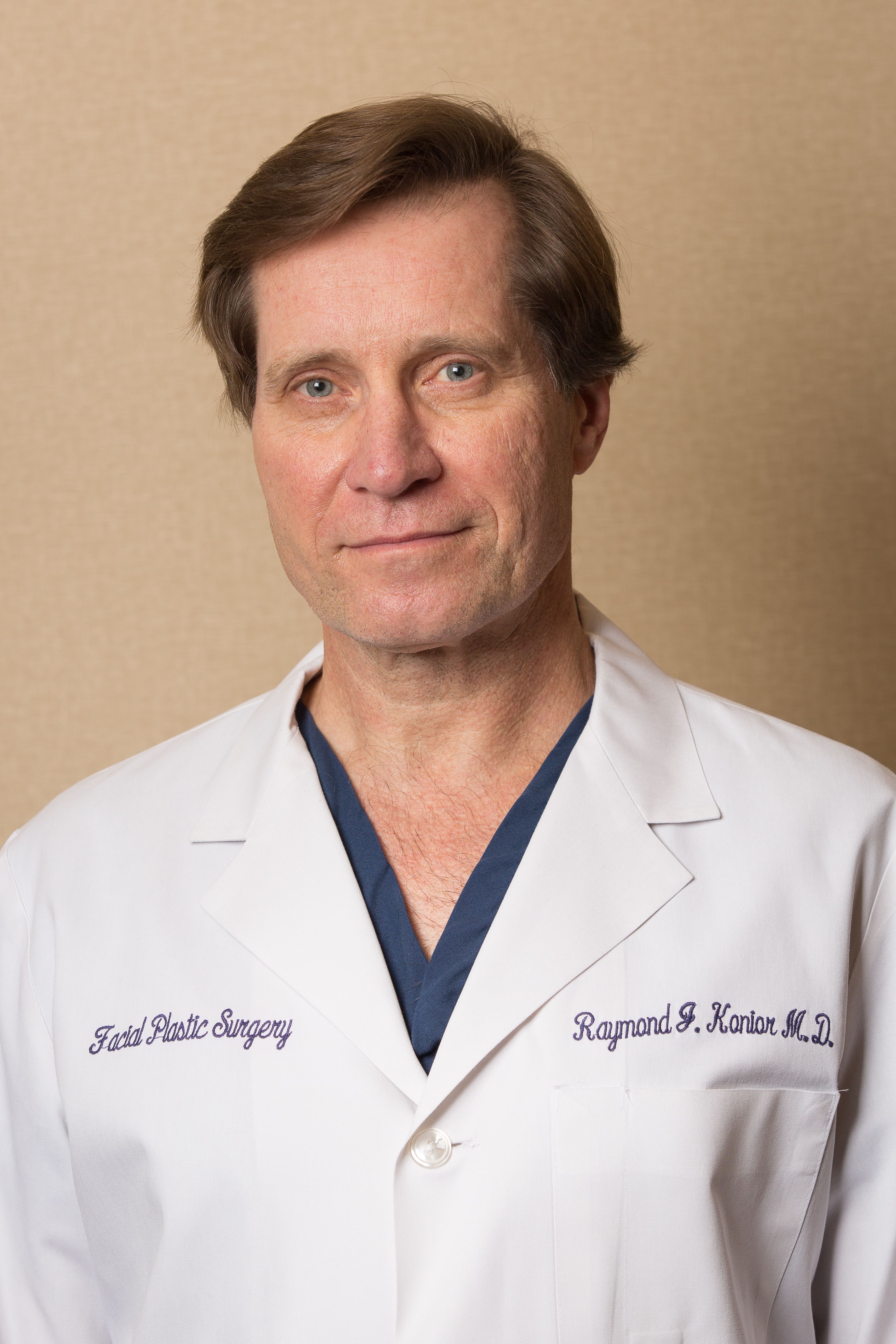 Dr. Raymond J. Konior and the team at the Chicago Hair Institute offer world-class treatment backed by over 30 years of expertise in the field of hair restoration. Our doctors are nationally affiliated with professional associations including:

To learn more or to schedule an appointment at our Chicago, IL, hair restoration clinic, contact us online or call (630) 932-9690.

*Disclaimer: results are not guaranteed, may not be permanent, and can vary per individual. Some images are of models, not actual patients.